A must-see for Shizuoka return home! There is no doubt if you can go here for New Year's Holiday Drive ♪ 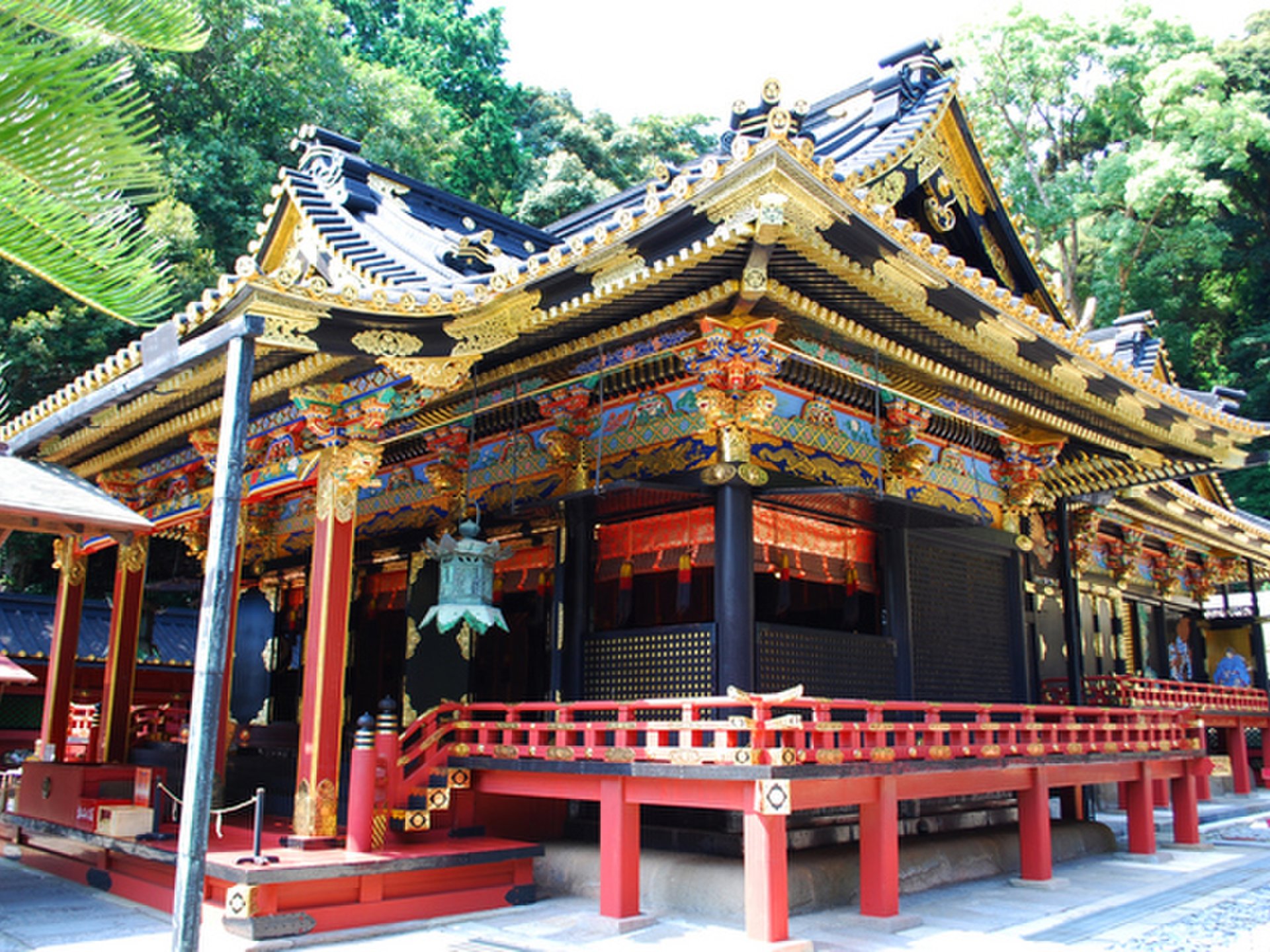 Year-end and New Year holidays will return home in Shizuoka! It is a special feature for those who say. New Year is also the Nante lazy-entered the kotatsu while eating oranges at home extraordinary but is, or does not have a little outing? This time, I will introduce spots that can be enjoyed well not only at a couple , even by my family

The situation is changing daily due to the new coronavirus, so please check the website of each facility for the latest information.
Also, please refrain from unnecessary and urgent outings in areas where self-restraint is requested.
In order to prevent infectious diseases and prevent their spread, we recommend that you take care of cough etiquette, hand washing, alcohol disinfection, and wearing a mask.
table of contents
Kunozan Toshogu Shrine
The dawn castle
Tokai University Marine Science Museum
Okui Oigakami station
Shiraito Falls
Numazu Port deep sea aquarium
Rinno Waterfall
See more

Arrived at Kunozan Toshogu Shrine.
As you go through the roof gate for a while, there is a shrine where Ieyasu Tokugawa is settled.
After Ieyasu 's death, it was made in a short period of 1 year and 7 months. The prototype of Toshogu Shrine in the whole country is this building.

As you proceed to the back of Kuzan, there is a mausoleum where the remains of Ieyasu's remains are buried.
In the immediate vicinity there is a tomb of a horse and also a divine tree.

Let's go to the Ikkokuka!
It is a facility where you can enjoy the historic buildings and Japanese gardens of the Taisho and Showa periods designated as tangible cultural properties of Atami city!

It is charm that there are two spaces of Japanese architecture "Kirin building" and Western architecture "Tamaki · Yushi"!
To the good smell of tatami, my mind unintentionally got calm!
Also, there are books and exhibits related to history in various places, so you can also slowly view it! Shooting is also OK ♪

And the best recommended is this beautiful Japanese garden!
When I went there was winter, so feel like this!
There was enough taste, it was very beautiful and pleasant.
It seems to be more green when you come to summer

I got off at Miho and arrived at Tokai University Marine Science Museum about 1 minute on by walk . The name of the aquarium is named after the name of the university, is not it a facility for the general? And it was an aquarium that everyone can enjoy!

Ocean aquariums of 10 meters in length and 6 meters in depth can enjoy various underwater sceneries depending on the viewing position. Sharks and rays came close to us.

An area of ​​deep-sea creatures of jellyfish and Suruga Bay.
Suruga Bay is the deepest bay in Japan, and the deepest place is said to be about 2450 m.

It is the station which became famous by winning the No. 1 place of "Japan's mysterious station " at "The Best House 123" broadcasted in 2008.
Looking only at the home of station, it looks like ordinary countryside station.

It is about 20 minutes to walk from the station . Here is the shooting spot! The center of the photo is Oku Oi Lake Top station . Great location! ! !

It is a promenade walking from station. Emerald green with a beautiful lake! I have station in such a place .... It became a mysterious feeling again. If you are a bit further away from station, you can feel "unexplored place likeness", "Land island island likeness".

静岡デート！静岡県民が教える、カップルにおすすめのスポット14選
Shizuoka has plenty of places to play with nature and is close to the city so it is recommended driving and day trips. This time, I was born in Shizuoka, I tried summarizing Shizuoka's recommended date spot from standard to hot spot ! By all means, please do a reference when you date in Shizuoka ♡
DateShizuoka Prefecture

【Shizuoka day trip drive date! introduce recommended date course!
I want to drive a day from Tokyo! How about a day trip to Shizuoka for such a day? There are a lot of hot spot spots in Shizuoka. So this time we will introduce the model course for day drive dating __ Do not you spend your time relaxing away from the hustle and bustle of the city?
WalkShizuoka Prefecture

summer Shizuoka date ♡ A must-see for couple! 9 recommended cool spots that do not get crowded
July / August summer Holidays couple In recommended Travel destination is Shizuoka! Shizuoka is full of greenery, beautiful sea, and full of activities. This time summer In recommended Carefully selected cool date spots. Relatively close to the city center, summer I want to go on a trip couple In recommended ♪
DateShizuoka Prefecture

Ten elegant regional gourmands want to eat in Shizuoka! Fuji is not the only one in Shizuoka!
静岡発のご当地グルメをいくつ知っていますか？ 日本一の富士山と豊富な漁獲量の駿河湾を抱く静岡県は、関東からも関西からもアクセス抜群で日帰り旅行も楽しめ大勢の観光客に人気があります。今回はそんな静岡県の王道ご当地グルメから、絶対食べたくなる地元民も並ぶ名店の数々をご紹介します。
Lunch and gourmetShizuoka Prefecture

Takeshi Noguchi
Hatsushima is a small island that is 4 km a lap. Let's go round the island around the corner. It is just right distance for walking.
Hatsushima Island Resort

Yoshitaka Murakami
In "Hatsushima", flowers of southern countries are in full bloom, slow times are flowing like urban crowds can not imagine ^ ^! It is also good to jump into the sea, true summer in the scorching sun, even I do not collect the Hobaru watermelon ^ ^!
Office Lady
stylish
A couple
BBQ
Resort
single room
winter
summer
evening
a large number of people
with children
student
early morning
spring
late at night
autumn
hot spot
most talked
extraordinary
Hotel
daytime
night
morning
Instagrammable
24 hours
with a terrace
with power outlets
family
interior
Omuroyama

summer Shizuoka date ♡ A must-see for couple! 9 recommended cool spots that do not get crowded
52842
2020/06/01
DateShizuoka Prefecture

Ten elegant regional gourmands want to eat in Shizuoka! Fuji is not the only one in Shizuoka!
22253
2019/01/29
Lunch and gourmetShizuoka Prefecture
See more feature
popular Feature Ranking