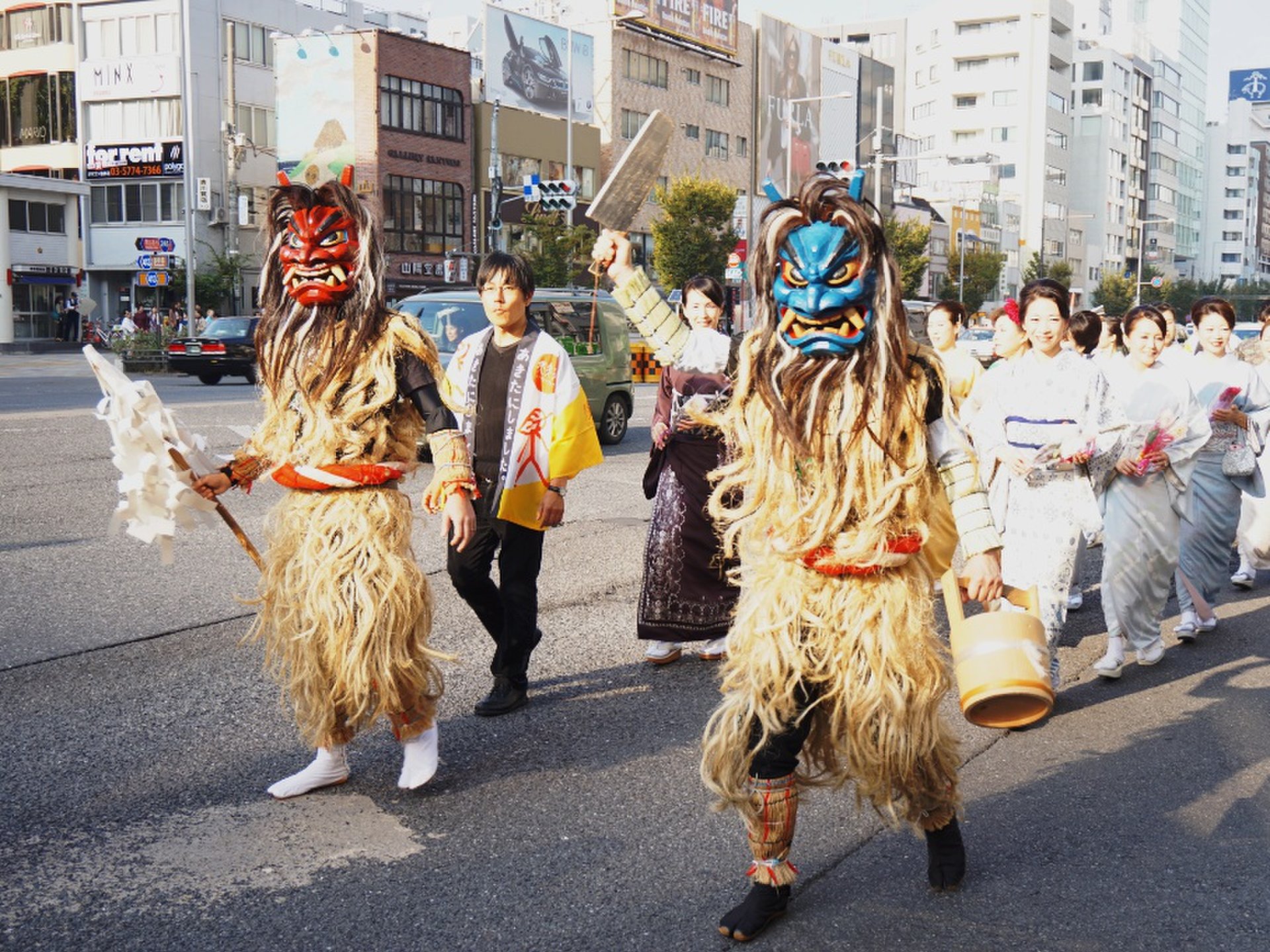 Oga's Namagege is not a good girl, it is Kuro!

"A lot of good how much you come to sightseeing in Akita"
It seems that Omaga (Ouno) 's Namahage calls it.

Well, calm down,
This is Oga (Oka) which is famous for Namahage. Oga Safety Temple area spreading rice terraces.

Akita in autumn is also beautiful, but Akita famous as the famous place of rice!
"Dumplings than flowers" It is "Rice from autumn leaves," is not it!

The winter season is the Namahage Season!

There is a harsh atmosphere in the mountain called MansanManji Shrinethere is!

Your daytime , even of time, drifts shrine of ponderous air!
It seems to be the habitat of a mountain hedge called the messenger of God in the mountains.

When light enters the shrine, it becomes a mysterious space.

In the immediate vicinity of Manji ShrineOga Manyama Trading HallThere is, you can see the event of Namahage though it is not New Year's Eve! Let's go see the popular Namagehage for children once!

Your next Namahage became the filming location for the movie "Amalfi" superb view to the land of!

popular sightseeing Oga areaTazuzakiis!
It is the location of the movie 'Amalfi'.

I wrote the footsteps of Masumi Ohji who wrote a book on the geography of the Akita clan in the Edo period.

superb view from Akita Iimigasaki! The setting sun set behind the Sea of ​​Japan is the extraordinary beautiful.

To the lake which is said to be deepest in Japan!

popular sightseeing spots in AkitaLake TazawaLet's go to!
It will arrive in about 15 minutes by car from Tazawa station !

This place is said to be deepest in JapanLake Tazawa。

There is a bronze statue of a legendary beautiful girl Tatsuko Hime. It is said that this is "Tatsuko Hime Densetsu" which became the god of the lake, wishing for eternal youth and beauty. I will introduce the Prince of Princess later.